During a day long workshop with Liverpool 8, Halewood and the School for the Blind, where the groups did Mono printing and modelling, Michael tested his sensory gloves, the gloves pick up sounds from touch. Michael is going to collect all the sounds picked up by the gloves and sounds from our workshops to create music with them .
The picture below shows Kevin modelling plastercine food wearing a glove. 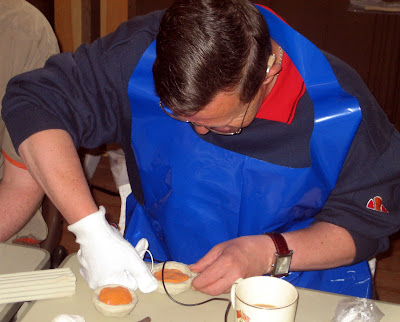 The picture below shows Mark drawing on his inked monoprint plate while wearing a sensory glove. 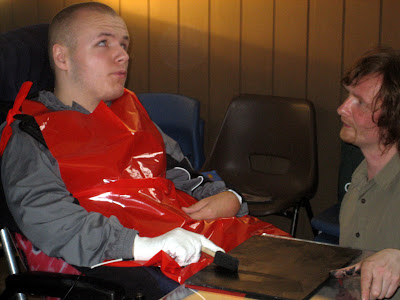 Michael also took small groups wearing Tudor costume to record sounds around Speke Hall for example they recorded the sound of stroking the bark of the ancient Yew trees Adam and Eve. The images below show the group from the school for the blind in costume about to start their tour. The first one is Chris ready for the tour with hat, cape and wooden sword. 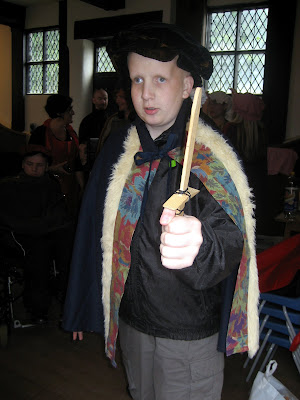 Daniel in ruff and cape. 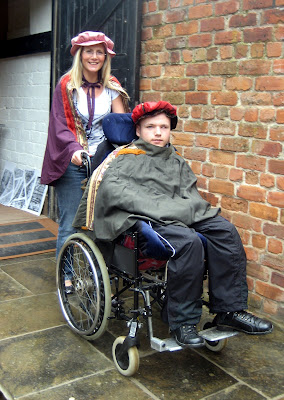 The clip below shows Michael explaining about his sensory glove while Kevin models food wearing one of the gloves.