Clock workshop with Halewood and Kate

Halewood and Kate made a tour of Speke Hall looking at the many clocks in the house. Barry took photos of the clocks with the Polaroid camera so we could refer to them back in the education room. 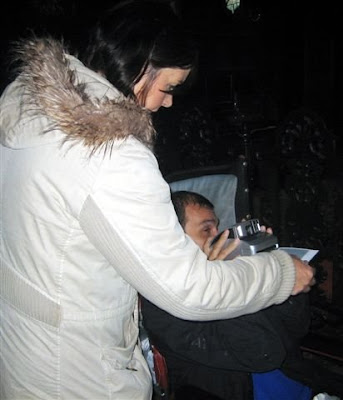 The next 3 images show some of the clocks photographed. 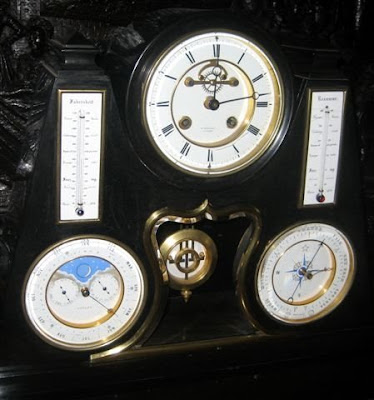 The group found the clock above interesting as it showed the day, date and temperature too. 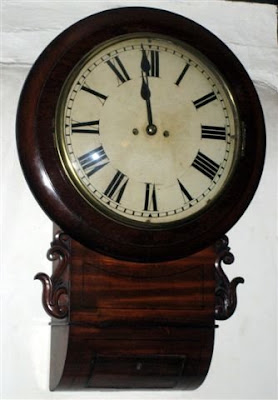 The tick tock of the clocks seem to get louder when we stopped to listen to them. 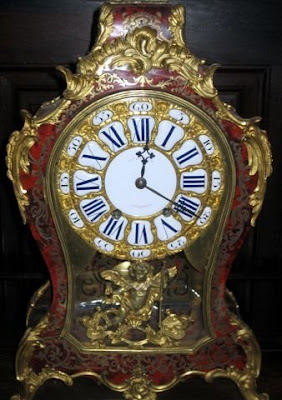 The group were keen on the decorative and patterning of many of the clocks.

The group made their own versions of clocks they made some from paper and some from real clocks that worked.
The picture below shows Jo with her paper clock, she made a Liverpool clock, showing landmarks of Liverpool and John Lennon's glasses. 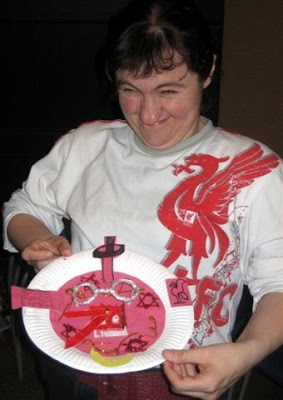 The picture below shows Eddy with his clock Barry helped him with the horse decorations. 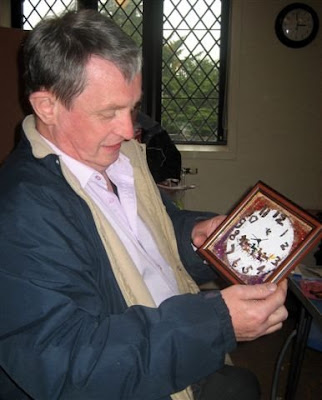 Halewood group hard at work on the clock workshop. 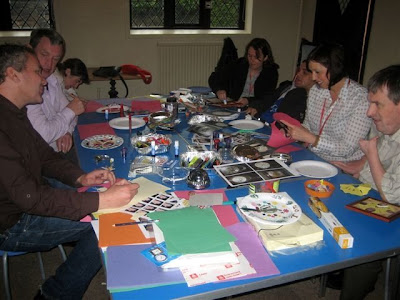 Barrys working clock with faces of the group. 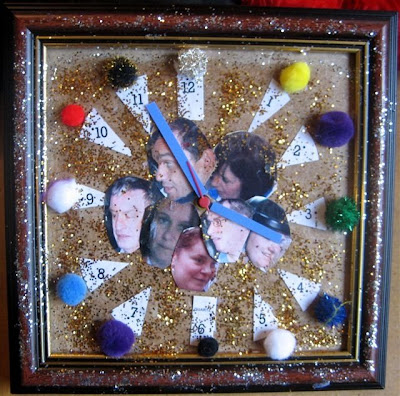 Below is Eddys paper clock with many hands and faces. 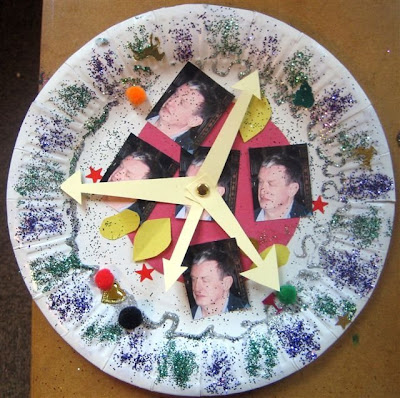 Toms paper clock which he signed, we noticed that many of the clocks in Speke Hall had the makers name on the face and many were made in Liverpool. 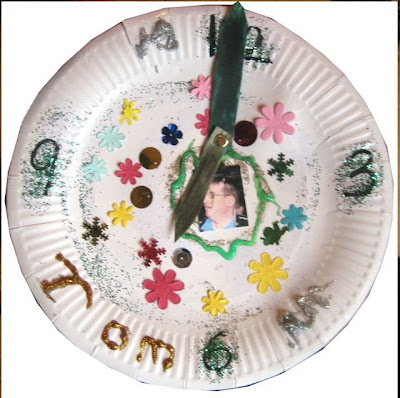 Toms real clock this was made using an aluminium steel pastry cutter to make it more 3D and collaging clock face from one of the Speke Hall clocks. 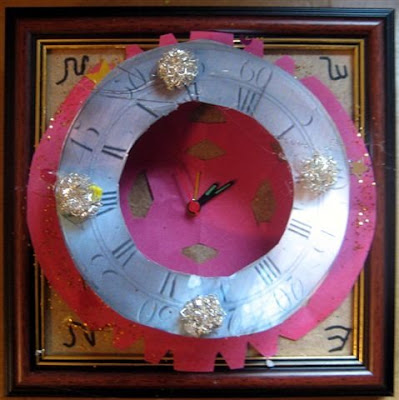 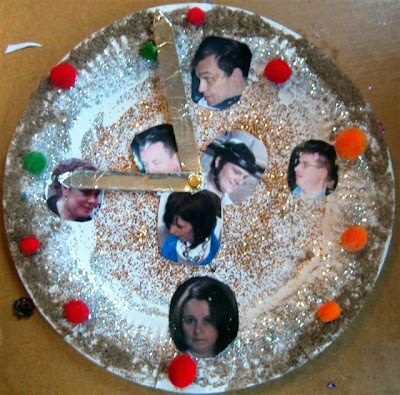