Kate installed the Ceiling Box in the Oak Parlour, the box contains a section modelled from the stucco ceiling that can be explored by touch, on the lid is a mirror to reflect the ceiling.
Comments from the Access to Heritage testing sessions reported by Carolyn:-
People spent time touching and looking at the box in the oak parlour and liked its smooth soft texture and the reflection of the ceiling. We gained some useful insights into positioning objects – put them in places where there are less ‘non touch’ items, so as not to confuse people! This may mean the box will go on a table nearer the back window.
The ceiling box was popular - They all touched it and guessed what they thought it was. I suppose its a difficult concept if you can’t see the ceiling to start with. Mark thought the mirror was a table. He also said on the feedback form “its good, coz I can’t touch or see the ceiling.” Ellie said ‘ I liked touching it’.
The clocks chimed while we were in a few rooms testing the trail and that got a great reaction too! 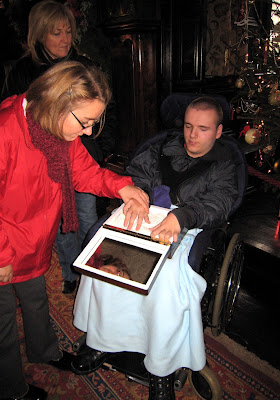 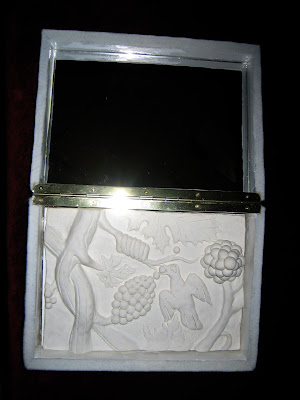 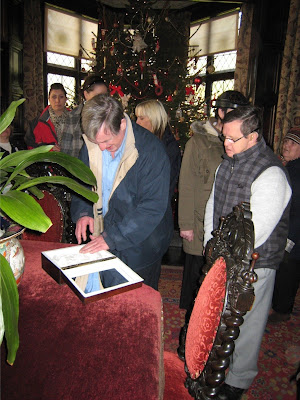 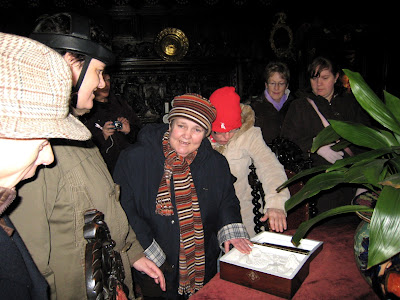 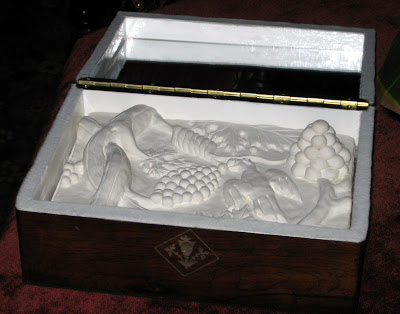